by Latest from Vig
7 min read

VR is quickly expanding in the education sector, and it's easy to see why. Immersive VR allows students to stick their heads inside a 3D model of a jet engine, which has the potential to be an incredibly captivating way for them to learn about science and engineering. It will also appeal to more hands-on learners who just find reading textbooks boring.

Just as traditional textbooks are learning to adapt to the rise in digital content, with interactive elements and video support, so are courses designed for virtual reality.

What is Virtual Reality?

Virtual reality's concept is a fairly simple one. While the result is a virtual world, it all begins with a headset that can create VR experiences similar to real life. We may use technology like smartphones or tablets to watch videos and explore the internet, but most of us can't relate these experiences to what it would be like in real life.

With virtual reality, you can look around corners, read the text as if it were right in front of you, and interact with your environment rather than passively watching it.

At its core, virtual reality is a surreal experience. It uses head-mounted displays to place the user in a digitally-created world. It could be an entirely fabricated world or be more realistic than reality. The content created can vary widely. A game may be played entirely in VR, while educational content (like math lessons) is simply the VR equivalent of learning through a video series or booklet.
The first step is to put on the headset, which requires some hardware setup before beginning any virtual reality experience. The headset will contain sensors to track the user's head movements and a screen for the display. It can be a basic flip-up headset or more complex, professional-grade headgear like the HTC Vive or Oculus Quest Pro.

Next, developers will build content to place in this world. This could include 3D models of real objects or buildings or even interactive parts that students can manipulate with their hands (like using a tool to change something on an engine).

The content used in virtual reality is not limited to either of these two categories. There are several other ways for developers to use the technology, such as using it in games that are played entirely within VR rather than from inside a game console or even creating immersive webpage experiences that students can interact with.

What are some of the uses for virtual reality?

The uses for virtual reality are quite numerous and diverse. Parents can use it to teach children about various subjects, including art, technology, engineering, and science. Business people can use it to better train their employees in specific industries or support their salespeople when they're on the road by allowing them to work with foreign clientele.

Below are the 5 uses of Virtual reality:

VR is being used to immerse students in a variety of educational content. The applications are diverse and can range from allowing students to explore ancient Rome to giving them a 3D tour of a plant's DNA. Many VR applications are being developed for science, history, and geography lessons.

In some cases, teachers are even designing VR courses where they can take their students on field trips that they otherwise would not have been able to go on. Not only that, but retailers, tech companies, and the military are also using virtual reality to train their employees.

Three hundred sixty videos are filmed in every direction simultaneously, allowing the viewer to control the point of view. 360 video can be viewed on a normal screen, but it gives the user an immersive experience when viewed in a VR headset.

Virtual reality has started to make waves in the sports world. Many trainers and sports professionals are investing in virtual reality to understand their opponent's style and get a clearer idea of how to strategize.
In addition, they are also incorporating VR into the practices to train sportsmen for games. For example, soccer teams and NASCAR use VR to retrace their steps to learn from their mistakes. Moreover, the NBA is also allowing users to see sports highlights from the player's perspective.

Virtual reality has been incorporated into car maintenance and diagnostics through applications that allow users to have the capabilities of a professional car mechanic. They can use virtual reality and virtual simulation to troubleshoot issues with cars. VR has also been used to train mechanics since they can now receive real-life experience without the physical risks of working on a real car.

Virtual reality is combined with other technologies, including cameras, to track and record cars in real-time. The applications could be used in manufacturing plants or for education purposes.

VR is used as a training tool for surgeons and medical staff. It can help with the visualization of surgeries and medical procedures. In addition, VR is also being used to distract patients from pain and anxiety during treatments.

In the same way, the invention of computers has made writing both easier and faster; VR is expected to have a huge impact on the healthcare system. Just as it has done with other industries, including art, education, and sports, it is expected to change medical training and practice significantly.

Virtual reality is the next frontier of architecture. It allows designers to bring their creations to life. Imagine walking through a building that's still under construction and getting an idea of what it will look like when completed or being able to explore a home before you move in.

Although the technology is still in development, architects can use virtual reality to do a walk-through of an architectural design. Similarly, artists are using VR as a tool for their creative processes.

Here is the list of 5 courses that you can consider if you want to learn more about building training in virtual reality.

This course is developed for intermediate-level developers who have a basic understanding of Unity and C#. The aim is to teach you how to design and deploy VR applications using Unity. You will learn how to program in Unity, including creating 3D models and animations and integrating Oculus Rift features into your VR apps.

"An enormous number of principles and best practices" will be covered. You will learn everything from locomotion and hand presence to optimization and testing, user interaction, and go-to-market strategy. You'll also learn how to avoid some common errors made when apps are submitted to the Oculus Store while being taught by renowned specialists in VR development.

This comprehensive course will teach you the fundamentals of VR development. You'll be led step by step from Unreal Engine C++ programming foundations to packaging a complete video game, covering everything there is to know about basic virtual reality gaming. This virtual reality training will provide you with plenty of hands-on sessions, taking you through the foundations of VR gaming.
This aspiring course is best for game developers, so if you are passionate about gaming, you can learn game programming with this course and create a professional portfolio.

VR Development Fundamentals with Oculus Quest 2 and Unity - Udemy
Taking it a step further, this virtual reality course focuses on assisting students in creating an Oculus Quest and Quest 2 game or app quickly. You'll discover how to set up a Unity project, create VR experiences using the XR Interaction Toolkit in Unity, and create Unity scenes, among other things.
This course is best for unity developers who want to learn virtual reality development with Oculus Quest 2.

This beginner-friendly course introduces you to Unity and will have you create interactive 3D experiences in no time. In this hands-on project, you'll be able to learn the essentials quickly and explore a VR prototyping environment.
In addition, you can add teleports, interactive items, sound effects, and simple VR interactions using the XR Interaction Toolkit package. You'll learn how to import assets, create VR scenes, add interactivity, etc. You'll be ready to create your own VR games and experiences by the end of this Unity training.

This VR course introduces the design and implementation of interactive software applications. The focus will be on virtual reality, augmented reality, and mixed reality systems, emphasizing user experience design.
The University of California San Diego offers this online VR degree for students who want to build careers designing virtual, augmented, or mixed-reality applications and experiences.

Q: What is 360 video in virtual reality?

A: 360 video is a type of virtual reality content that allows viewers to look around in all directions as if they were there. In addition, many 360 videos include sound, giving the viewer an even more immersive experience.

Q: What’s the Difference between Virtual Reality and Augmented Reality?

A: Virtual reality is an entirely immersive experience, while augmented reality inserts virtual objects into the real world. For example, in augmented reality, you might see a virtual character walking next to you on the street.

Q: How can I create a course in virtual reality?

If you want to create a course in virtual reality, you will need to learn how to use VR development tools. There are many different VR development tools available, so you should choose the one that best suits your needs. In addition, you will need to create content that is immersive and engaging for the viewer. If not, you can hire a professional team or companies to create a VR-based course.

Virtual reality is an amazing and ever-growing technology that is changing how we view the world. It is a great field to get into with so many different applications. Whether you want to develop VR games, create VR experiences, or become a VR designer, there are plenty of options for you to explore. And with new technology being developed all the time, the possibilities are endless.
We hope that you found this information helpful and informative. Keep in mind that the industry for VR development is rapidly expanding, so it’s important to continuously update your skills and knowledge to stay ahead of the curve. Moreover, if you are looking for the best company to build courses in virtual reality, get in touch with us now! 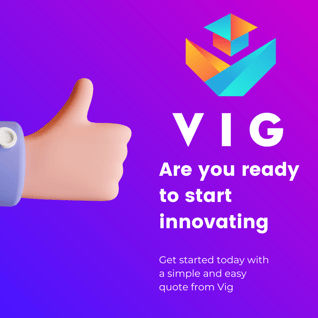 VigXR at the Orlando Auto Show!

VigXR at the Orlando Auto Show!

The Needs Assessment in Education

Adobe Captivate vs. Articulate 360 vs. H5P

Let us know what you think